English » Basic Legal Information » Children and Families » Custody » How do I ask for custody? » I need custody right away because of domestic violence

What can I do if I need a custody order right away because of domestic violence?

If you need a custody order immediately because of domestic violence, you can file a 209A Complaint for Protection from Abuse.

Use pages 1 and 2 of the complaint, to ask for custody of your children. 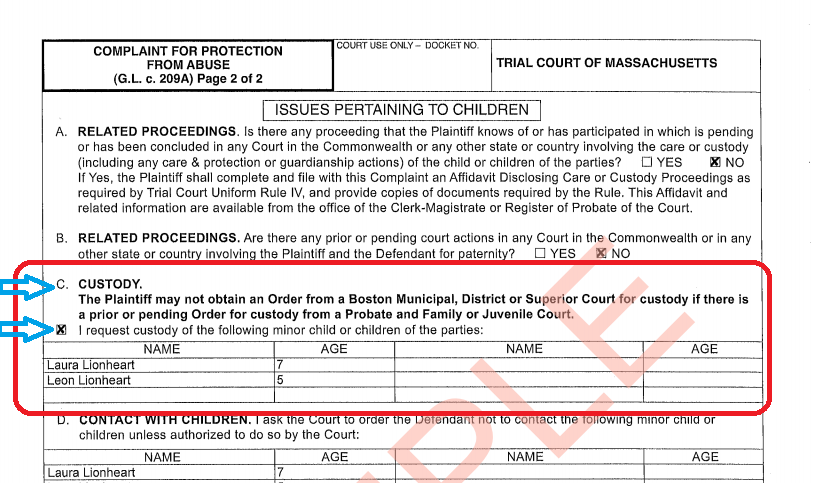 When you fill out the 209A Complaint to ask for custody, write on the Affidavit why you need a custody order to keep your children safe.

See Writing your 209A Affidavit

See Asking for 209A restraining order forms if you have children under 18.

Where do I file?

You can file a 209A in a Probate and Family Court, a District Court, or a Boston Municipal Court.

Read about not being sent to the Probate and Family Court if your case involves children.

Read about filing in a District Court or a Boston Municipal Court (BMC) if there already is a custody order from a Probate and Family Court.

You have the right to an interpreter

You may be able to get free legal help from your local legal aid program. Or email a question about your own legal problem to a lawyer.

Take a short survey to tell us what works and what is missing.

If it's
Monday-Friday
between
9am and 4pm